The McKenna Institute And IBM Canada Want To Upskill 40,000 New Brunswickers Over The Next Five Years 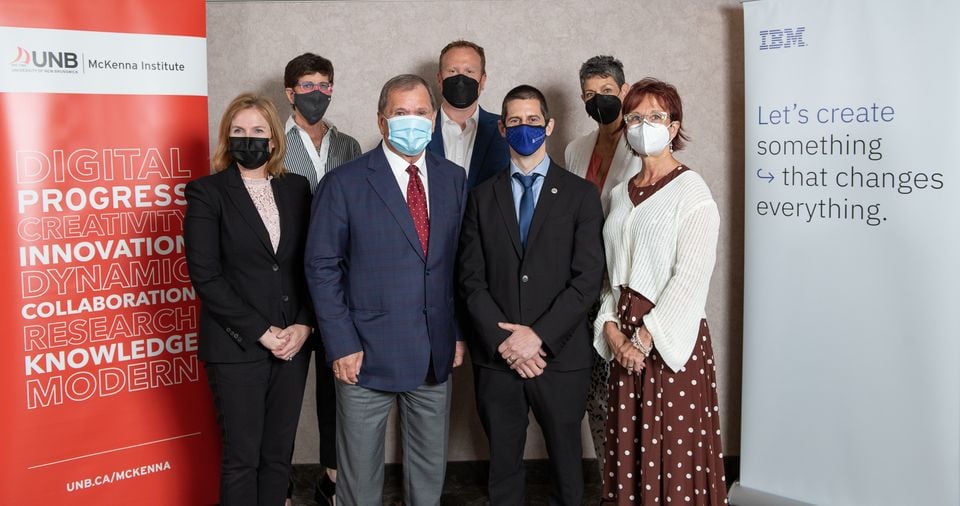 FREDERICTON–A RACE TO FILL A TECH SKILLS GAP FOR HUNDREDS OF AVAILABLE JOBS IN NEW BRUNSWICK IS PICKING UP STEAM THIS WEEK, FOLLOWING AN ANNOUNCEMENT FROM THE MCKENNA INSTITUTE AND IBM CANADA THAT THE ORGANIZATIONS PLAN TO UPSKILL UP TO 40,000 PEOPLE IN NEW BRUNSWICK OVER THE NEXT FIVE YEARS.

IBM Canada announced on June 15 it is partnering with The McKenna Institute to provide education and career readiness through IBM SkillsBuild, along with partners at UNB, Université de Moncton, and TechImpact.

“We’ve just delivered 40,000 specific targeted learning nodes at a cost of some $10 million,” said Frank McKenna, who was on hand for Wednesday’s announcement. He said the investment is the largest private sector contribution The McKenna institute has ever received.

IBM SkillsBuild is a free, digital training platform designed to help learners develop new skills and find jobs, regardless of their educational background or training.

The platform can provide trainees with professional workplace readiness and technical skills within a few weeks through micro-credentials that are actually recognized by employers.

The collaboration will see The McKenna Institute and its partners work with students and community members to enhance their experience by developing customized learning plans and modules, allowing each to work toward the digital jobs they want.

While SkillsBuild is creating hundreds of career opportunities for new graduates and experienced professionals in the digital economy, Sheldon Miller, an Atlantic partner with IBM Consulting, says the company itself has not been immune to the skilled labour shortage.

“IBM is growing and we are an example of the need for more skilled workers,” shared Miller. “Even though we have added more than 1,400 new people this year alone across Canada, today, we have 700 open postings that we haven’t yet filled.”

Focus on talent acceleration and development

The pandemic exacerbated an already glaring global skills gap that left many tech positions unfilled. More than 42 percent of all jobs in Canada this year require new, tech-focused skills.

TechImpact has calculated that the gap will grow to 2,000 unfilled positions in New Brunswick’s technology sector over the next three-to-five years.

McKenna called the collaboration with IBM Canada “the most important announcement the Institute has made since it began its work 10 months ago,”

“The harder part is to reach all of those tens of thousands of people who lack appropriate skills but don’t need a four-year university education to fill in the gaps,” McKenna said.

“We know that not every worker or unemployed person in New Brunswick needs four, five, or six years of accreditation,” he continued. “We know that in some cases, it may be a day, it may be a week, it may be a month, and we want to provide exactly the right amount of training to meet the requirement.”

While IBM Canada will provide the platform, McKenna added it will also be available not only in English and French, but in other languages as well.

“That is critically important because part of the audience that we wanted to meet will be the immigrants that we’re attracting to the province,” said McKenna. “The tools that IBM are offering are extraordinarily suitable–so if we get this right we’re going to fill the hole in the doughnut.”

The partnership also aims to provide working-age individuals, who have been identified as interested in IT skills training, the opportunity to fill those jobs available in the province.

McKenna says workers in existing roles can benefit from the short-term learning experiences, and gain the micro-credentials needed to take the next step in their career, where time and money for degree-granting education isn’t an easy proposition for many entrenched workers.

The former New Brunswick premier has been leading a fundraising campaign over most of the previous year, with the goal of reaching $50 million to fulfill the Institute’s initial goal of engaging academia, government, and the private sector to advance New Brunswick’s digital economy.

After an initial $5-million investment, McKenna helped create the Institute’s target of $50 million and said Wednesday’s announcement brings the initial goal into focus.

“With this announcement today, we’re getting real dangerously close to that $50 million and I think that we’re going to have to increase the target,” said McKenna. “I think that we need to increase our ambition because we’re we have a lot of interest, a lot of momentum, and a lot of things that are coming down the road at us.”

McKenna believes the Institute is right on its thesis, that people in the region are hungry to learn and contribute.

“What we’re doing today is giving them the tools to do exactly that,” he said.

Tyler Mclean is a Huddle reporter based in Fredericton. Send him your feedback and story ideas: mcleant@huddle.today. 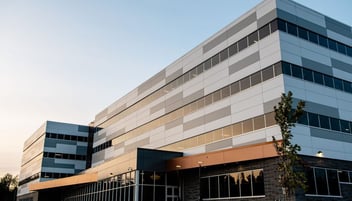 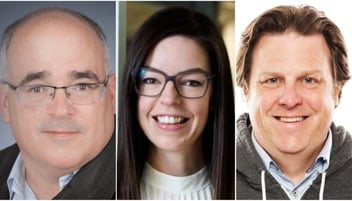 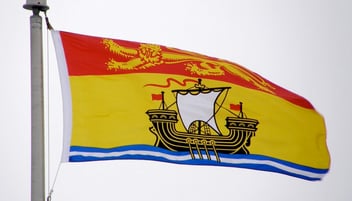