The company's goal is to fill gaps in the tech sector while giving First Nations and Métis people a chance to develop new skills and forge new career paths. 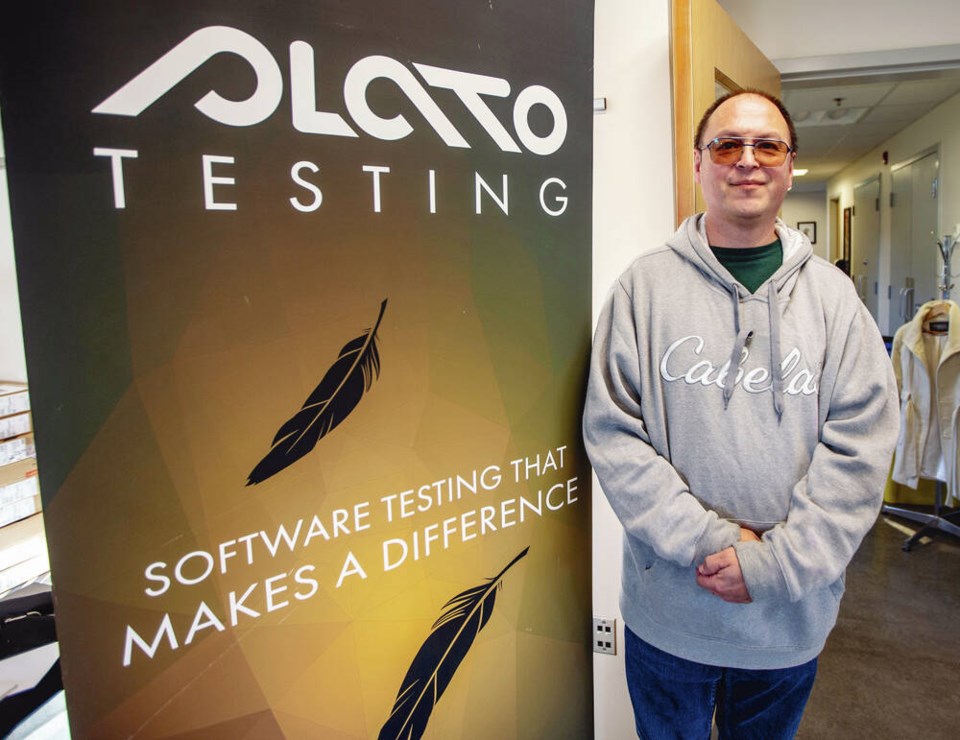 Student Wayne Hunt at a PLATO training session at the Camosun Coastal Centre on Songhees First Nation land this week. After years working construction and then a short period in the cannabis industry, Hunt says he wants to work with computers and sees plenty of openings in the tech sector. DARREN STONE, TIMES COLONIST

A New Brunswick-based company that trains Indigenous students to be software testers has landed in Victoria, hoping to match those looking to break into the workforce with a tech sector that has a growing need for workers.

Plato Testing, a six year-old information technology company, has been running training sessions for Indigenous students across Canada since 2015, but only recently touched down in the capital region, operating out of the Camosun Coastal Centre on Songhees First Nation land.

Founder Keith McIntosh said the goal is to fill gaps in the tech sector, which has thousands of openings at all levels across Canada, while giving First Nations and Métis people a chance to develop new skills and forge new career paths.

“I run a tech company and my biggest problem is I can’t get enough people to work,” he said. “I have a need for people, and there are people who need an opportunity.”

The Victoria course currently has 11 students, but McIntosh said they have room for four more and there is time for interested students of any age to register.

McIntosh said for years, Indigenous people have been overlooked and ­under-represented in many sectors, ­including technology, and he saw an opportunity to do something about it.

He said the training course was designed to eliminate barriers to entry — there is no cost to the student, it’s five months long so they can see the light at the end of the training tunnel and it’s portable, so courses can run in First Nations’ communities.

McIntosh said the company will hire anyone who makes it through the course, which means students who pass the course and do the internship program end up with a certified training course under their belts and work experience for their resumés.

“That opens doors,” said McIntosh, noting he would prefer that they stay and grow with his company, but they are free to explore what else is available in the sector.

For Wayne Hunt, a member of the Songhees First Nation, the course is a chance to work in a field he’s passionate about.

After years working construction and then a short period in the cannabis industry, Hunt said he wanted to work with computers.

“This has given me a chance to expand my repertoire,” said Hunt. “They are giving an opportunity to take a job with Plato itself or you can decide to carry on with some other companies they partner with. How many internships offer that kind of incentive?”

Hunt says his main goal is to get through the course and start working with Plato, testing software.

McIntosh said the students are trained in critical thinking, problem solving and communication, and are shown how to put new software products through their paces to make sure they are working as designed.

Another student, a 40-year-old Métis woman who asked not to be named, said Plato’s company values, focus on Indigenous people and the guarantee of employment were a key motivation to sign up for the course.

“I’m grateful for the opportunity,” she said, noting she understands there is a need for people to get involved in the tech sector as it grows. “I saw the opportunity and I’m excited that my people and First Nations are able to fill that need and do this kind of work.”

Since the training program was launched in 2015, McIntosh said about 225 students have gone through the course. Before the pandemic, 90 were still working with Plato, he said.

That number has dropped to about 50 spread across offices on or near Indigenous communities in Fredericton, Miramichi, Sault Ste Marie, Toronto, ­Calgary, Edmonton and Vancouver.

For more information on the program: platotesting.com/victoria-bc. 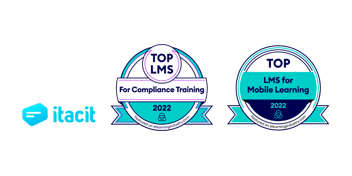 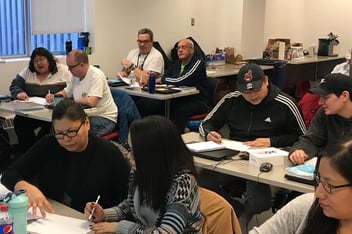